The Core Systems
One the Best Software Company is Providing State of the Art Python Training In Chandigarh with IOT and Raspberry PI.

Why Choose The Core Systems For python training in Chandigarh :

Our Training course “Python Training in Chandigarh | Mohali with IOT” is built to fill the gap between Academic Education in colleges, universities, and Professional companies by introducing the core Python Programming providing library and classes Sensor interfacing and also interfacing with Python Programs also Usage of Python language Connectivity by using programming With Google cloud, Twitter Developer Console, a college student may also learn with Specially designed practical For interfacing with IBM Watson Cloud platform, as well as other important cloud platforms.
If you wish to improve your present capabilities and also develop a python programming Skills , Opt “The Core Systems For Training course on Python programming in Chandigarh and Mohali.

What is Python Programming And why it's important For Software Engineer

Python is a high-level programming language and also interpreted, interactive and object-oriented scripting language this means python was adapted to develop almost anything, python has the capabilities to make simple code with the use of perfect tools/libraries. Technically, Python is perfect for backend web development, data research, computer-based AI, computer vision, data analytics, hacking tools, networking automation, and also typical technical calculations. A number of programmers also have utilized Python to develop GUI-based applications, computer games, machine learning applications, making hacking tools applications, and also desktop applications.
features:
Easy to learn, read and maintain: Python is easy to learn because its syntax is simple than other languages. and its programming can be read easily and also maintain in its source code easily that’s why it’s used in big database management systems and making AI applications
Scalable: Python gives a better structure for large script language than a shell scripting language.
Extendable: In python, you can insert low-level modules into the Python interpreter. These modules enable programmers to add to or customize their tools to be more efficient.
Databases: Python provided an interface to all major commercial databases. That’s why it’s used for making AI applications because AI applications needed a big database for their process.

Certified Python Training in Chandigarh with Internet of things

Introduction to Linux and Desktop Environments 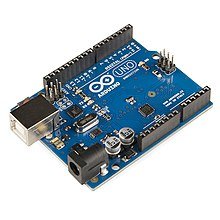 Python Training in Chandigarh With 360’ Exposure

The Core Systems are Pioneer in the Internet of things Training in India. Our skill enhancement programs i.e. Python Training in Chandigarh was started in 2013 with an idea: why can’t it be easy to do Python programming in Btech, B.E or diploma Period?  Today this is our mission. We provide both project Development and Python Training in Chandigarh to all of our clients who want to Get a good grip on Python Programming. We want to make Python and IOT Project Programming simple, so that you Candidates can enjoy this training exercise with complete knowledge with an Excellent action plan, practical Programming with IOT Projects, python case study and IOT cloud practical exposure.

Our program  “Python Training in Chandigarh | Mohali with IOT” is taking the natural sight of Python Programming and also educates you how you can learn Python, Internet of things and also Sensor Interfacing with python. You will additionally have access to high-quality e-learning content material, everyday exercises by the team of specialists and also tools to master the comprehensive python programming Skills At The Core Systems our goal Python Training in Chandigarh | Mohali with IOT will be to generate masters of Python programming and IOT Platforms. Our mixture of concept and also practical training helps to ensure that our learner is able to grab hold of the opportunity and also forge a brand new path that others haven’t.

In this era of technology in the 21st century, everyone is talking about the  Cisco, Internet of Things [IOT], Microsoft, Tech Mahindra, TCS India, Infosys,  IBM, Wipro, Ubuntu, Arduino, Redhat, Intel, Oracle, etc. Innovation needs to be part of the culture. The world is transforming at a faster rate and if we don’t catch up, we might find ourselves in great trouble.
The future of Python coding is shining and secured. As a Python software program developers are earning a lot more in comparison with the other language coders. You can find an enormous community developed around python. Python coding is amongst the most tutored coding languages in the US. Python coding is simple to understand and far more efficient in fixing complicated problems.
Biggest Internet and mobile companies like Google, Yahoo, Facebook, NASA, Nokia, and numerous other leading market competitors use Python coding to create user-friendly and less complicated web software and systems. Together with these Python is also core to Linux, Python is necessary for all Linux computer programmers as well as system developers.
In our program Python training in Chandigarh, we make sure that our students must grab technical and professional skills along with practical exposure.

What Makes Us A Worthy Choice?

can contact us @ The Core Systems Call us or Visit US of Following Address.

IOT training in Punjab | Internet of things Punjab with Certification

The Arduino Day With Latest Innovation and Projects For Tech Greek

IoT Training with The Core Systems in Chandigarh

ABOUT US
The Core Systems is one of the Finest Software and Hardware Research and Development Company Based in Chandigarh India. The core Systems is also Rated Best It, Embedded Systems, AI, Robotics And Industrial Automation.
© Copyright 2018 Netmax Technologies
WhatsApp us