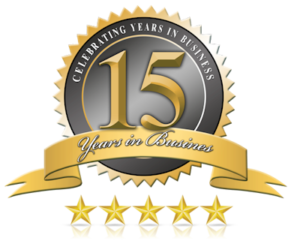 First of all, I want to explain what is (IoT) Internet of things.

IoT-Internet of things is the next emerging concept in the field of embedded systems. It is defined as the ability of uniquely identifiable embedded systems to interconnect within the existing Internet architecture. The already established concept of Machine to Machine communication will be taken to a whole new level which will offer advanced connectivity of devices and services, which will be governed by various protocols.

What is (IoT) Internet of things? With 360’ Exposure

These days IoT projects are being given awards on the basis of the potential of the project. With the readily available embedded devices like raspberry pi, it is now easy to implement the very popular object-oriented programming language on embedded systems. So, any device such as a heart rate monitor and biochips in the future will be connected to each other. In order to store this enormous data, big data is needed because it serves the purpose of a relational database management system. The data which is similar or related to each other in or the other way will be stored as a cluster that can be used advertising companies to display ads to targeted users.

The concept of IoT was introduced back in 1982 in a coke machine at a university in the US which could tell if the newly loaded drinks were cold or not. Later some research papers were published regarding the same and ultimately Internet of things India has been recognized as the need of the hour. The applications of IoT can be extended to inventory control and QR code and barcode scanning machines as well. The advancement in the microcontroller industry and embedded systems has made it very easy to interconnect various systems by means of existing internet architecture.

Netmax technologies Chandigarh best IoT Training | Course | Internship  Provider Company in Chandigarh among all companies. Netmax Technologies’ best training provider since 2001 in Chandigarh. We have a great experience and specialization in IoT and IoT with Python.

Revolution in RaspberrWhat is Raspberry Pi?

Raspberry Pi is a single-board computer or says a CPU on a palm-sized PCB which is developed in the UK by Raspberry-pi foundation in 2009. It supported by “University of Cambridge Computer laboratory Broadcom”.The sole purpose of the project is to promote the study of basic computer science in schools &amp; to develop interest among kids and adults. By using Raspberry Pi, it is now easy to understand the working of a computer system and programming it according to the user requirement. With the vast availability of developers all over the world, any project can be made using open source modules that can be accessed online.

It has separate GPIO pins which can be accessed by using programming languages such as python and embedded java. The interfacing is quite similar to other microcontrollers such as Arduino and Pic. The major difference is that there is no need to separately burn the program in the microcontroller because the host and the target machines are the same in this case. The program which will be written using either programming language will be stored in the hard disk of raspberry pi that is the memory card.

Raspberry Pi can be used for the various Internet of things India projects because of its capability to operate like usual desktop computers.  Raspbian, which is the most widely used operating system in raspberry pi is very similar to already popular Linux, Ubuntu, and hence is quite easy to use. It has now become very easy to connect an embedded device to the internet. The interface is so user-friendly so there is no problem in making IoT projects using raspberry pi. R pi has an inbuilt LAN card but an external wifi device can also be used with it in order to give access to WLAN.

What was the point?

These are very beneficial for the Internet of things India projects.

Some other cool things…

If you are looking for IoT training In Chandigarh and the technologies above, contact us here:-

IOT training in Punjab | Internet of things Punjab with Certification

Internet of Things with Python

Rohit khosla - August 17, 2021
Internet of Things with Python Prototypes and IoT systems must be developed often and efficiently for the real-life internet of things. Two new functions arise...

Internet of Things with Python

Rohit khosla - August 17, 2021
Internet of Things with Python Prototypes and IoT systems must be developed often and efficiently for the real-life internet of things. Two new functions arise...

ABOUT US
The 15 years + experienced firm that offers the best technical IT training in North India, The Netmax Technologies Pvt Ltd. We deliver the finest industrial training, summer & winter training. Netmax Technology Pvt Ltd has educated and is pursuing the future with more than 60,000 + students.
© Copyright 2018 Netmax Technologies
WhatsApp us